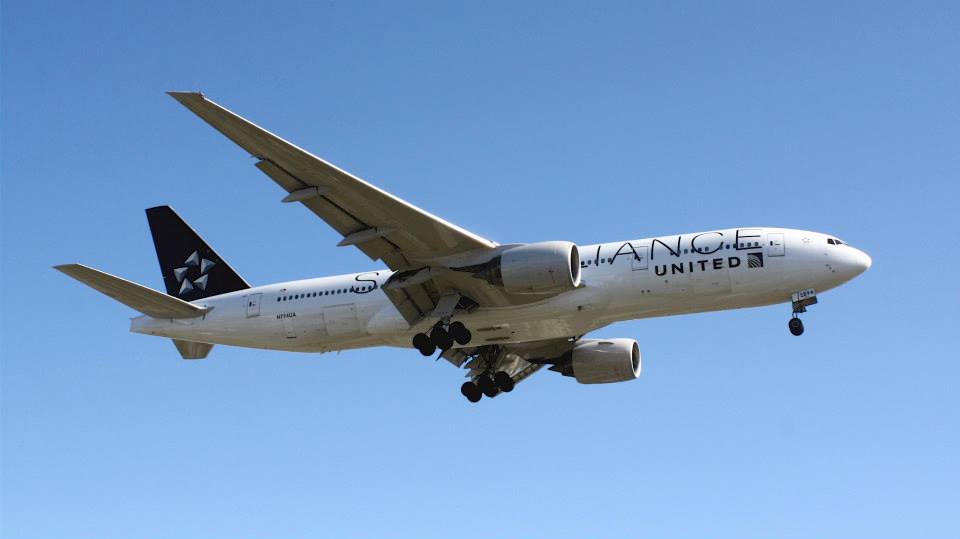 Paris/Washington, May 23, 2017 – Following deregulation and the emergence of low-cost carriers and other competitors, the passenger aviation market became notoriously unstable and unpredictable.

After some shaky years for the industry during the 1980s and 1990s, five of the largest airlines from three continents decided to join forces in the late 1990s. The founding carriers of the world’s first major airline alliance decided to go beyond traditional codeshare and interline partnerships. The goal was not only to harmonize the travel experience among multiple carriers, but also to keep passengers loyal by providing an extensive network that would not be possible for one airline alone to offer. Star Alliance was born.

Star Alliance, the mother of all alliances, celebrates her 20th birthday this year.

In the 20 years since its founding, the world’s first airline alliance has seen many twists and turns including mergers, bankruptcies, and changes in identity or strategy. Over the past 20 years, many airlines have joined the ranks of the Star Alliance (some have left). Today, Star Alliance is the largest of the airline alliance with 28 members.

The founding members of Star Alliance, Air Canada, Lufthansa, United, THAI Airways, and SAS met in Frankfurt, Germany in 1997. The 5 star logo was adopted from the beginning, with 5 points of the star representing the 5 founding members. Later that year, the now defunct VARIG joined the alliance, bringing membership to 6 with a network covering all inhabited continents. By its 10th anniversary, Star Alliance offered 855 destinations with 22 member airlines.

Today in 2017, The Star Alliance global network covers 1,300 destinations–it is the most extensive when compared to the networks of competing alliances. This year, Chinese airline Juneyao will join Star Alliance as the first Connecting Partner from its hub in Shanghai, the economic capital of Mainland China.

Star Alliance distinguishes itself from its two main competitors by the fact that there are modestly sized airlines. This is the case of Copa in Panama or Adria and Croatia in Europe.

A mix of mega-carriers and smaller airlines allows the Star Alliance to offer a large and diverse portfolio of destination with more than 18,000 flights per day. 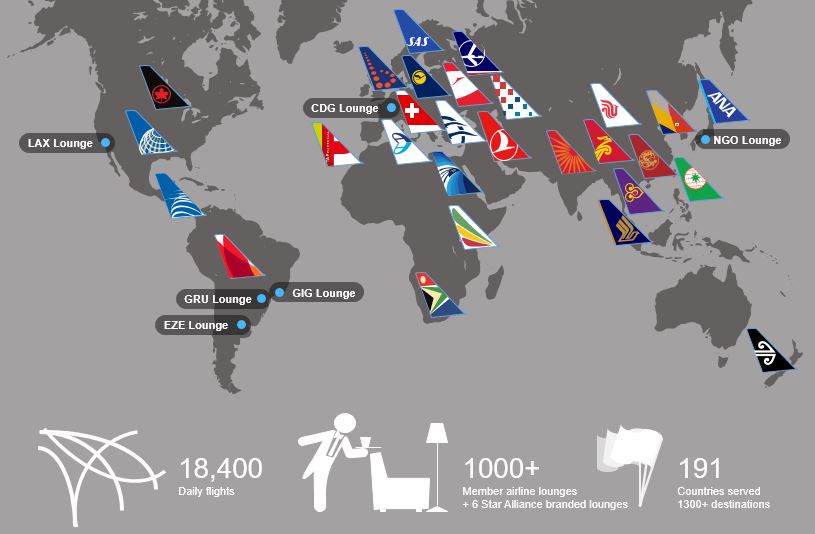 In honor of 20 years since the founding of the first major airline alliance, Flight-Report.com ranks the big three airline alliances for the first time. Thousands of airline reviews posted by flyers on Flight-Report.com over the past year were used to determine average ratings per alliance. Based on the average grades given by flyers in reviews of alliance member airlines, SkyTeam took first place with 7.5 out of a possible score of 10.

The SkyTeam Alliance, the last of the major alliances to form, was founded in New York in the year 2000. Aeromexico, Air France, Delta Air Lines, and Korean Air are the founding members.

Garuda Indonesia, one of the newer members of SkyTeam, has the highest average rating of the alliance members with 8.5/10/

The oneworld alliance ranks second in this overall alliance ranking with a cumulative average rating of 7.44 / 10 for member airlines. one world, founded in New York in 1999, was the second major alliance to emerge. American Airlines, British Airways, Canadian Airlines, Cathay Pacific, and Qantas were founding members.

Cathay Pacific, with an average rating of 8.6 / 10, is the highest rated of the oneworld alliance airlines.

The International Air Transport Association (IATA) divides the globe into three distinct areas. It is interesting to note that each of the three major airline alliances takes first place in one of the global areas.

Finally in Asia and Oceania, oneworld is ahead with an average of 7.97. Qatar Airways, Malaysia Airlines, and Qantas have the highest average ratings of alliance members in the region. 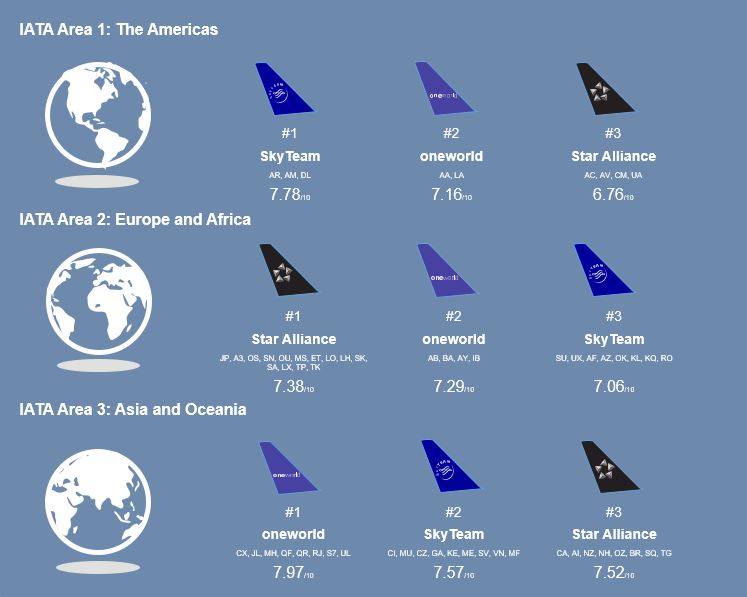 Methodology
Average ratings given by Flight-Report contributors to alliance member airlines in airline reviews posted on Flight-Report.com in the previous 12 months (May 2016 – April 2017). These ratings are weighted according to the size of each airline’s fleet. 2037 airline reviews were used to establish rankings 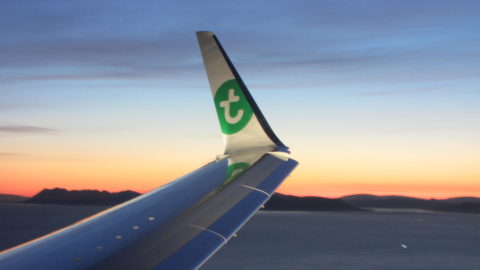 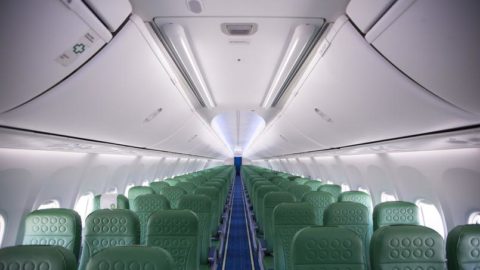 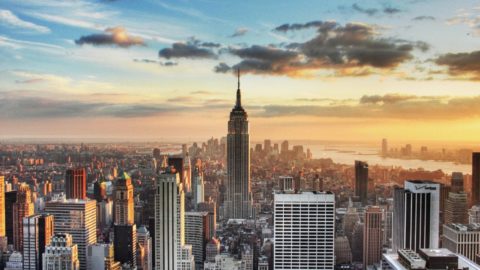 Infographic – Best Airlines in the New York – Paris Market Based on Passenger Reviews on Flight-Report.com